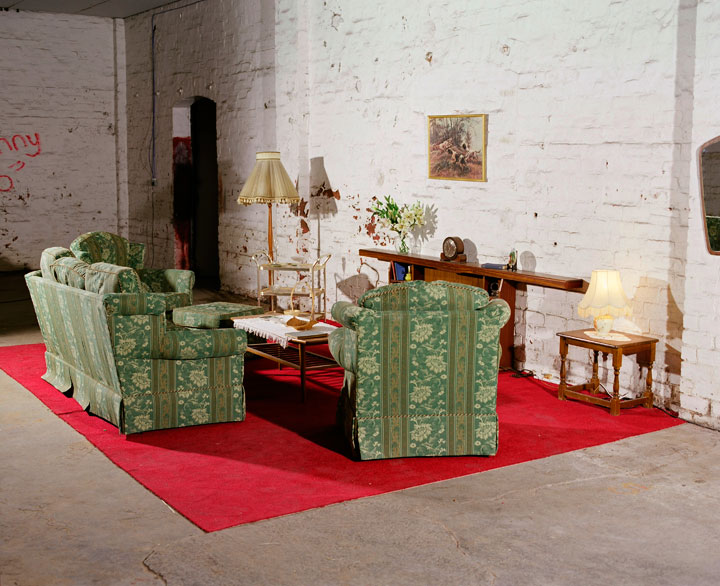 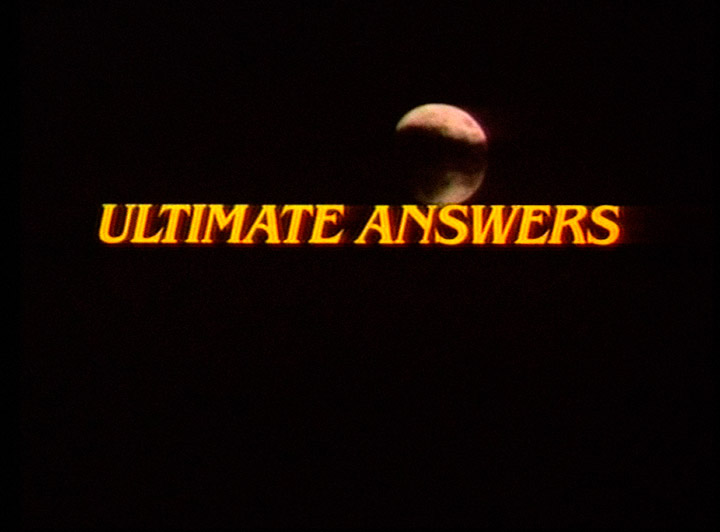 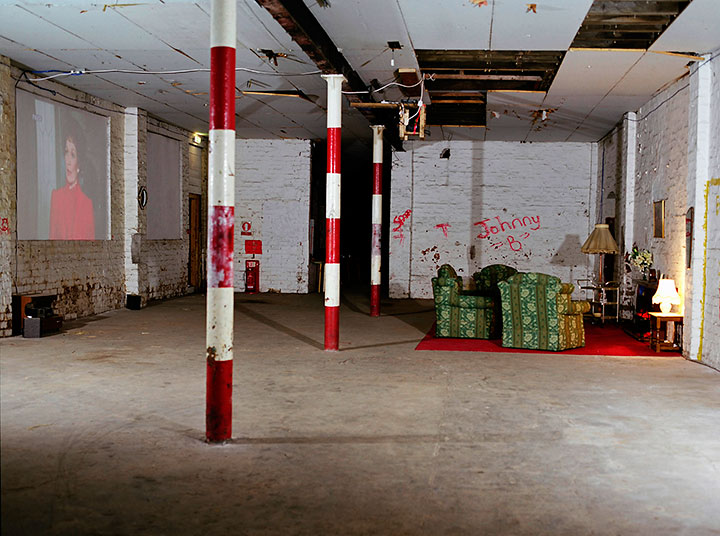 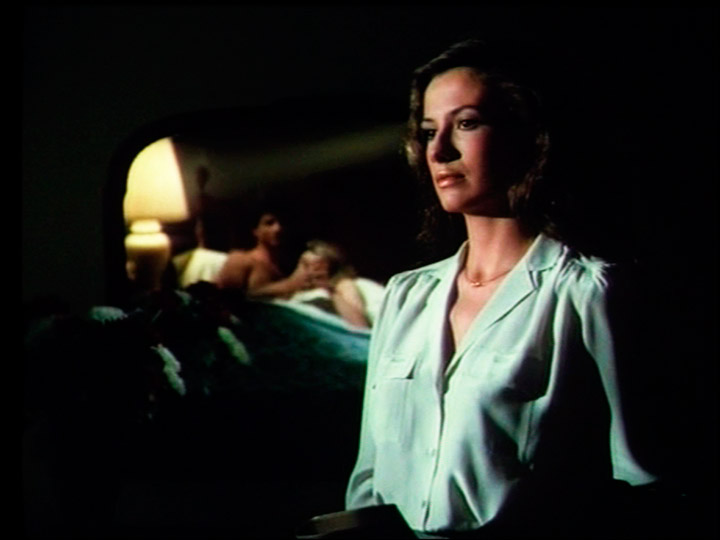 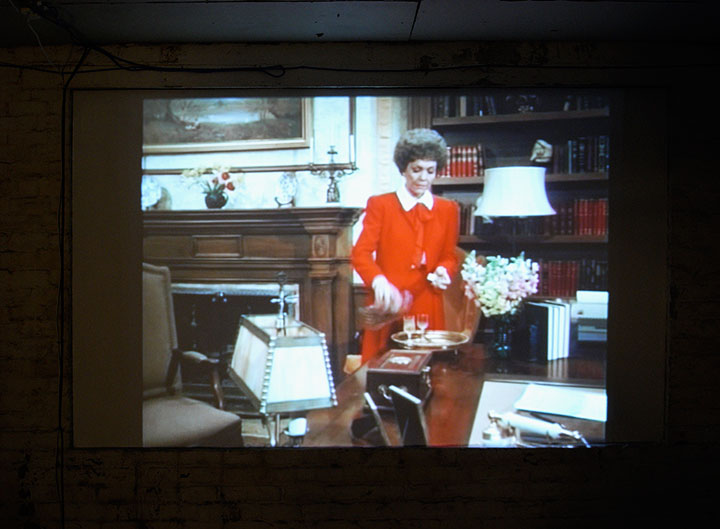 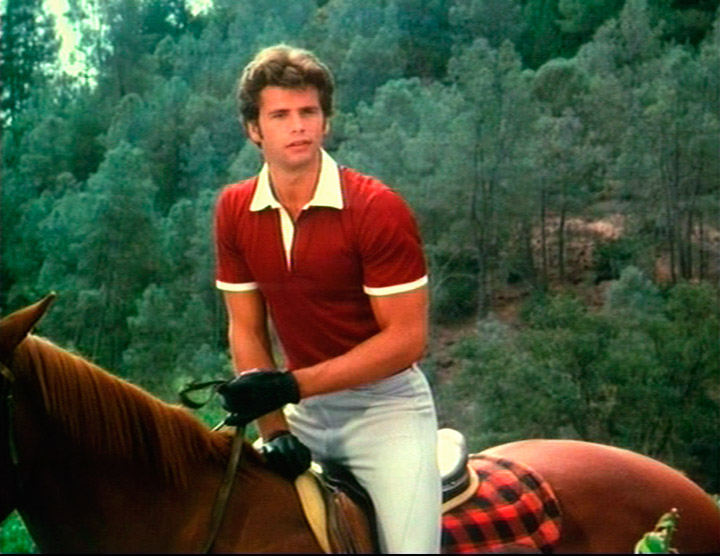 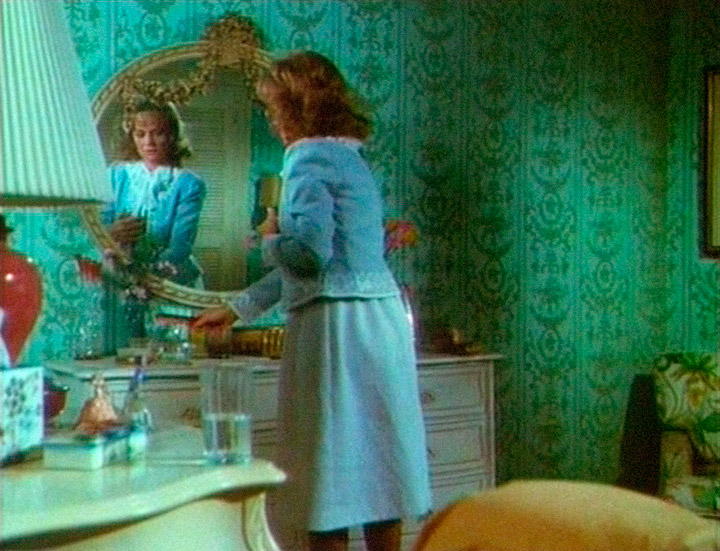 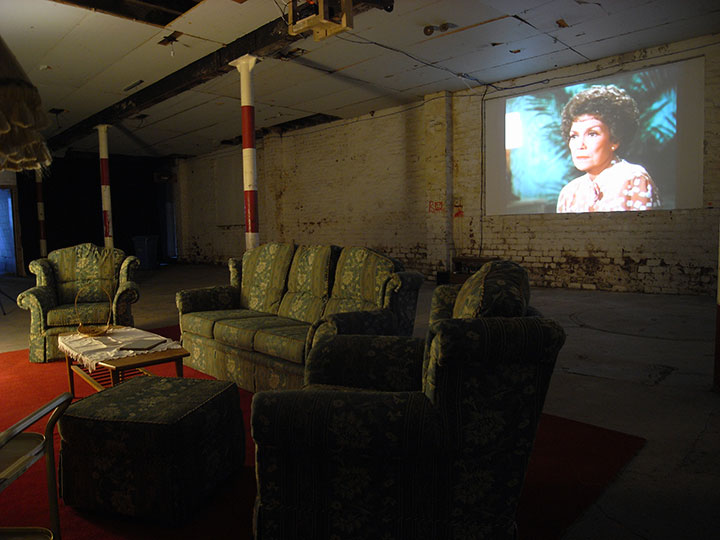 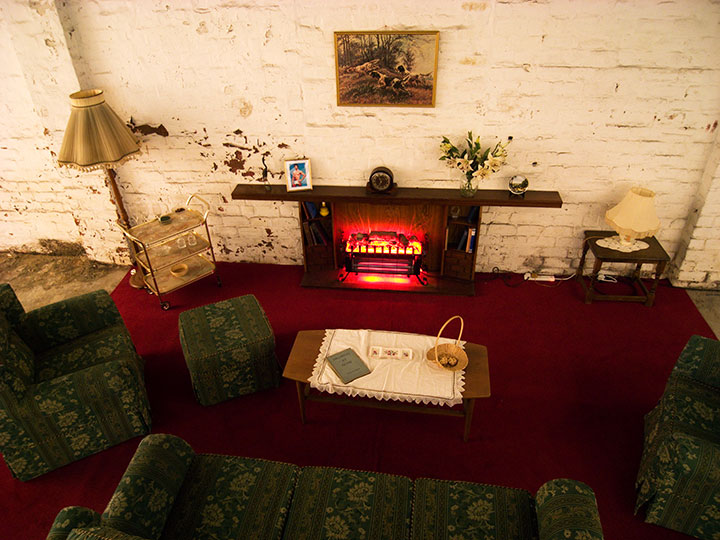 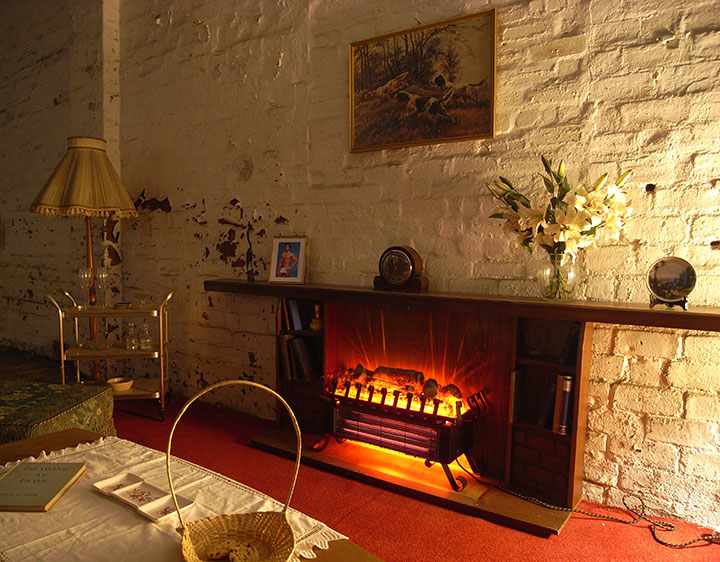 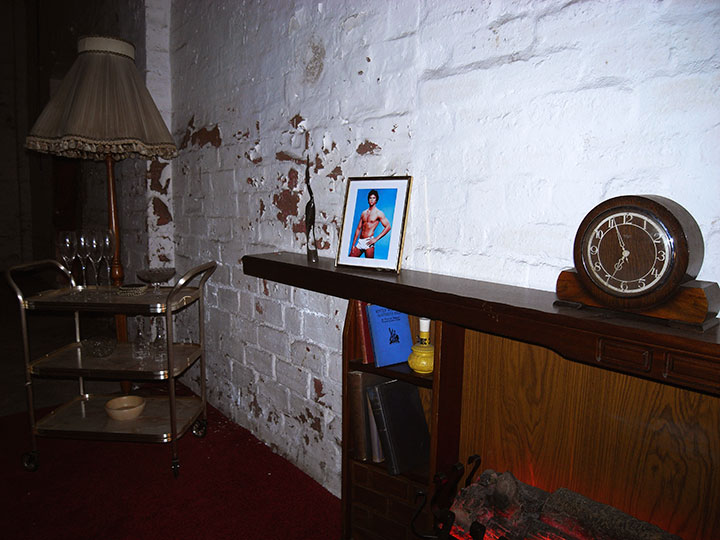 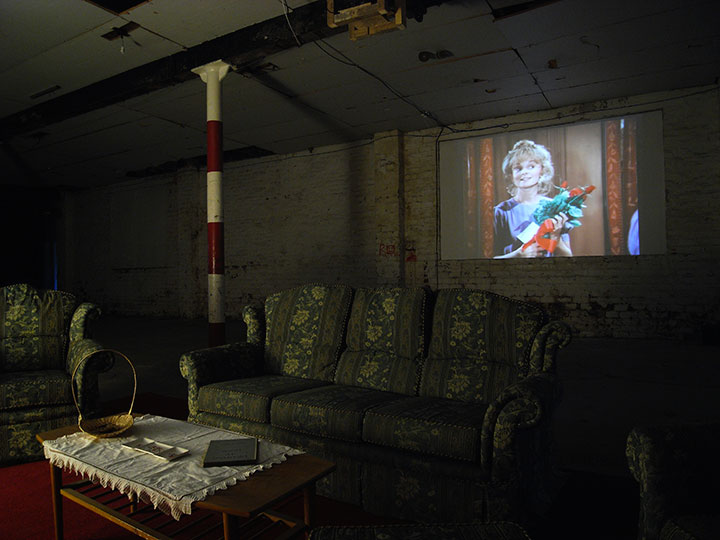 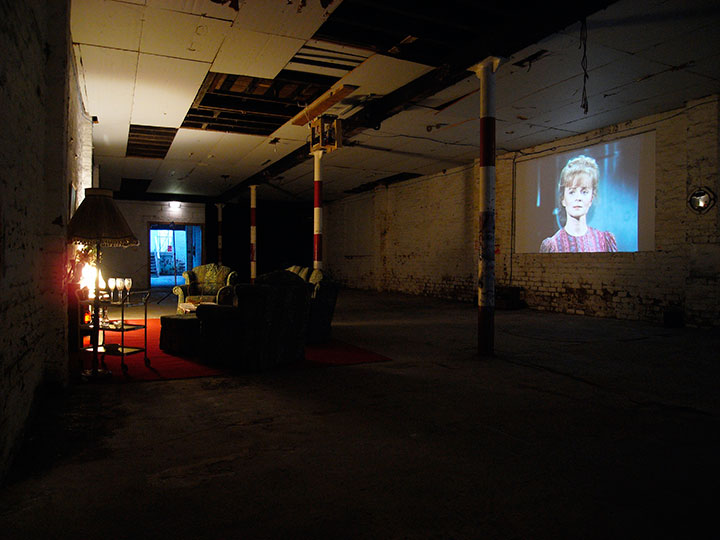 The video installation “ultimate answers“ combines a fake living room with a video projection. The projected video shows newly arranged found footage. The original material of the video sequences is from an American prime time soap opera from the eighties: “Falcon Crest“ directed by Earl Hamner Jr. The video compares the feeling of falling in love with mental illness. The different characters of the TV soap opera are combined to one personality. This figure symbolizes the chaos of feelings when falling in love, respectively initiating insanity. The video shows isolated individuals, communicating only because of the new video editing. By seating oneself (for example on the sofa) in the installation, the viewer is facing an electric fireplace surrounded by a typical British living room setting. The video projection is located in the back of the audience and appears as “thoughts” – as a kind of “mental sound”. So the viewer has to turn around to clear his mind.

The video installation was realized in 2010 while the Glasgow International Festival of Visual Art in Glasgow.