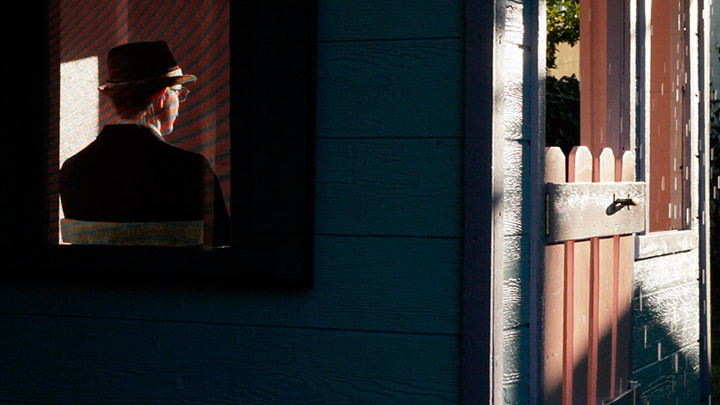 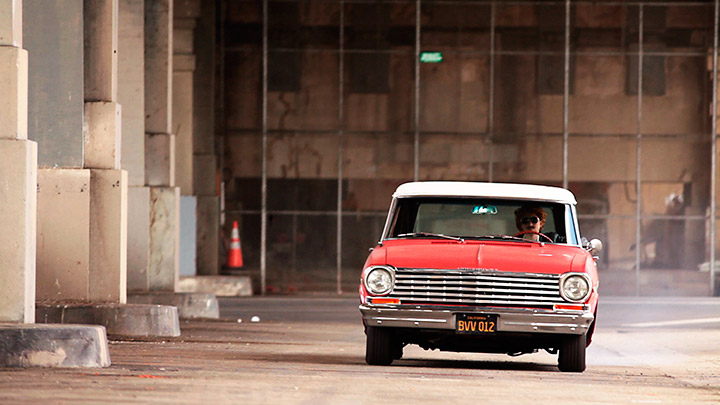 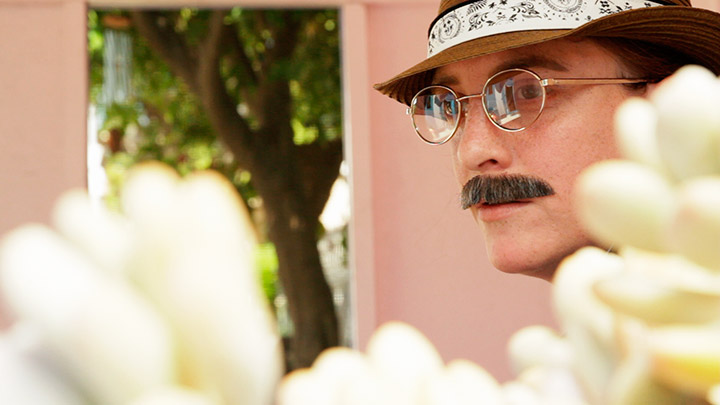 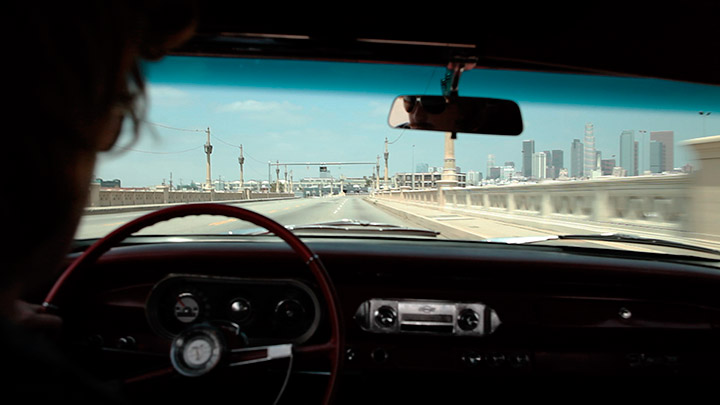 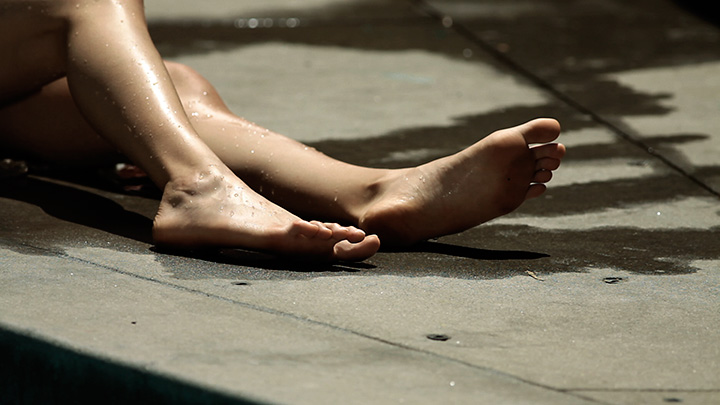 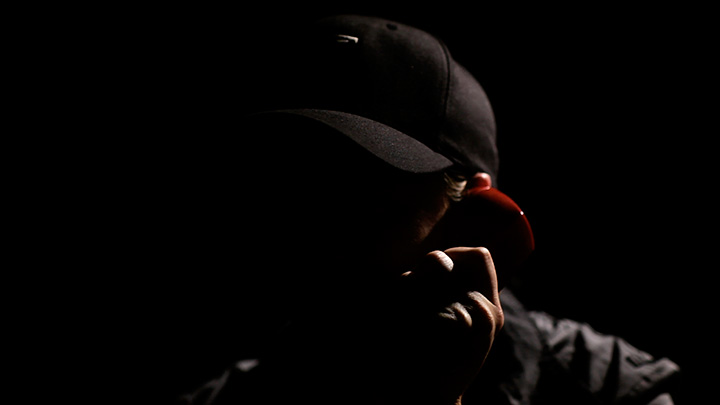 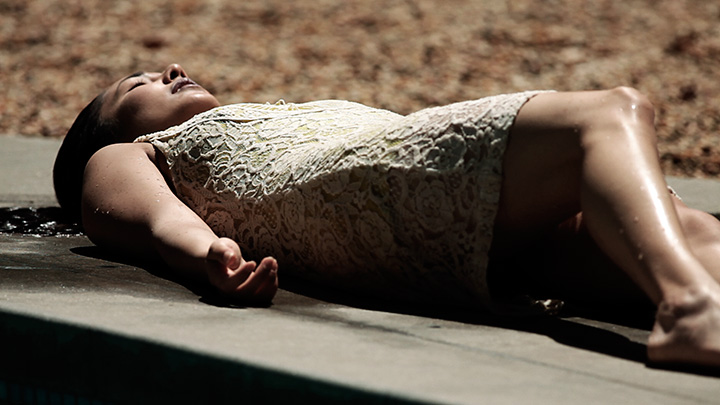 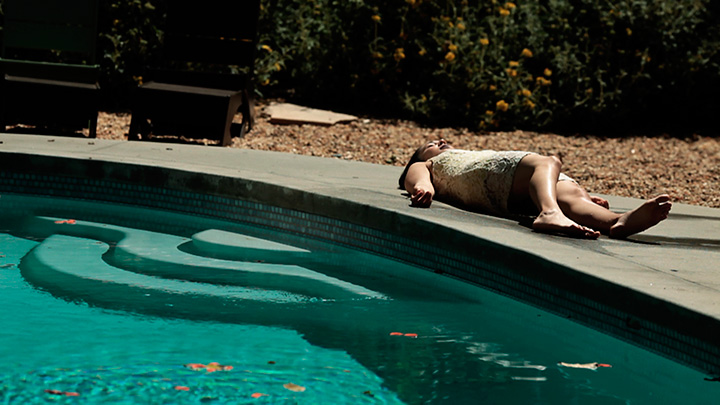 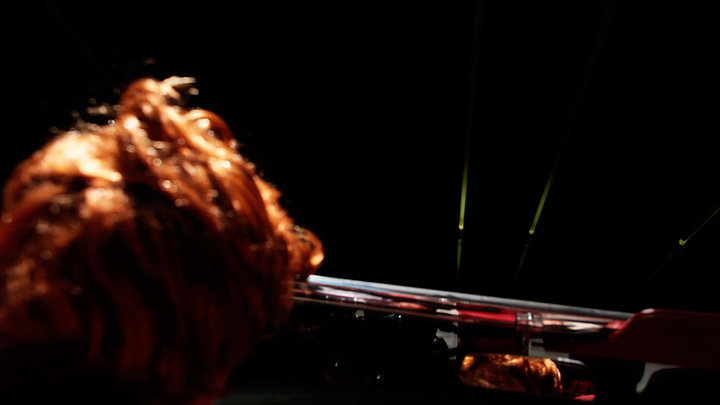 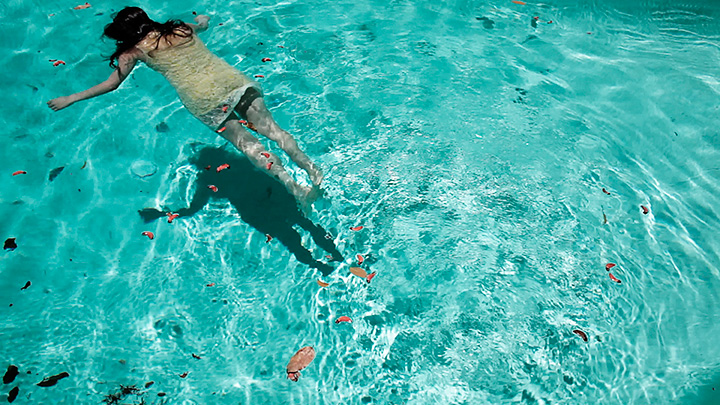 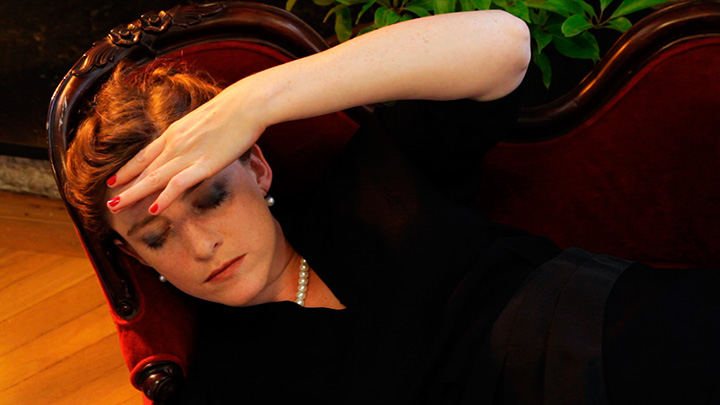 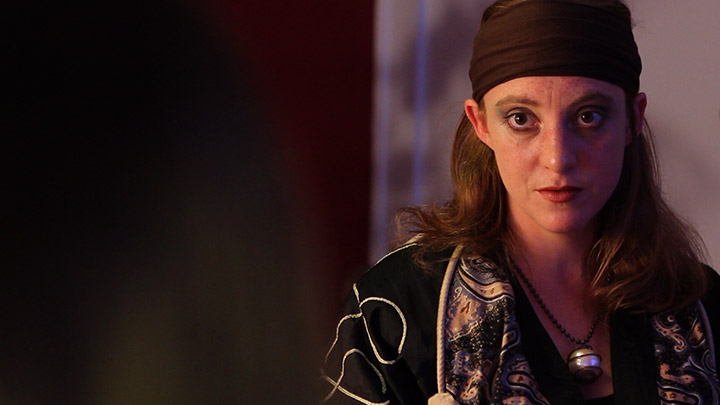 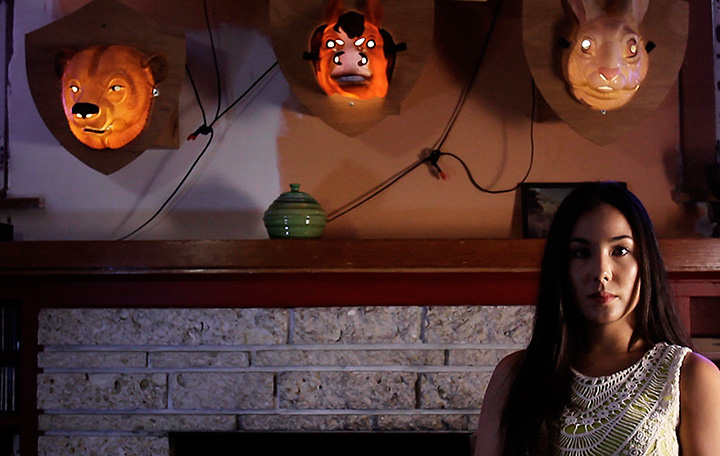 Judy Ross’ approach and working methods should be familiar to most Americans, and certainly those of us in any proximity to the Hollywood film community and its east coast cousins in New York’s film and theatrical communities. Here in Los Angeles, we start internalizing script breakdown skills right alongside our first attempts at social interaction. Moving well beyond theatrical, cinematic, or literary deconstructions, Ross’ approach could be described as a deconstruction of the ‘art direction’ of our conscious and unconscious lives and the slippery parallel and intersecting relations between the two. Much of her previous work has involved multi-media installations, including film and video, photography, and detailed maquettes of theatrical sets. Ross has a fascination with the way movement is choreographed amid interior and exterior environments and the props, costumes, and physical objects that furnish them.

It was no accident that M-G-M and eventually the entire Hollywood film industry became known as “The Dream Factory.” Almost from its inception, film producers were aware of and eager to exploit film’s capacity to tap into the dream life of its audience. Inevitably that included its darker, sinister, and cynical aspects. As the Great Depression gave way to World War II and its aftermath, the world of screen illusion began to encompass a more disillusioned view of a corrupt and devastated world order, fraught with the risks and consequences of human error, aggression, weakness, and confusion. ‘Film noir’ was the generic term applied to these movies by the cinéastes of the French journal, Cahiers du Cinema. Warner Bros. and RKO were the principal factories of these dark dreams, employing such directors and writers as Howard Hawks, Orson Welles, John Huston, Fritz Lang, Robert Aldrich, Raymond Chandler, Dashiell Hammett, Thornton Wilder, Alfred Hitchcock, and Nathaniel West, among many others.  Although Paramount’s output of films noirs was not on the same scale, its signature style was nothing if not worldly – the legacy of geniuses like Ernst Lubitsch and Preston Sturges; and there was no one worldlier than Billy Wilder.

Ross’ latest film, Los Angeles: Where Ideas Come to Die, is in part an homage to one of the ultimate films noirs, Wilder’s Sunset Boulevard, itself a gimlet-eyed homage to dream-factory Hollywood, with nods to Hawks and Chandler, Hitchcock, and even Robert Altman (The Long Goodbye). The instigator of the skeletal narrative is one “Miss Gloria,” an obvious stand-in for Gloria Swanson’s Norma Desmond, upset this time not by a faithless and feckless lover, but a young starlette dead in her swimming pool. As in Sunset Boulevard, the film opens on a shot of the body floating in the pool – this one lambent and cerulean, worthy of Hockney or perhaps Helmut Newton; the voice-over narration is not that of the dead actress, but  Ross’ own, playing the part of the detective hired by “Miss Gloria” to find out who the girl is and how she happened to drown in her pool.

Between static vignettes and talking head shots – the reclining, petulant diva “Gloria”; the jaded, down-market hipster shamus inhaling the sunlight in his battered Chevy Nova; a film director (at Paramount, of course) bathed in darkness; a psychic’s session with the now-deceased actress (all except the actress played by Ross herself) – the film loops around the city of Los Angeles in choreographed segments of light and shadow. Props and accessories stand out: the diva’s pearls and divan, the detective’s car and endless cigarettes (a running joke in Altman’s take on The Long Goodbye), red telephones, the director’s baseball cap, the kitsch-y print and electric fireplace in the psychic’s Craftsman-style house, the back-lit animal masks on the wall (sculptures by artist George Domantay), forensic photos, the ‘rain’ dripping off the gardener’s shed where the detective meets Gloria’s ex-lover, “William Wrigley, Jr., the chewing gum heir.” “Wrigley” is another sly joke – the gumshoe’s foil, so to speak, who “looks like Walter Benjamin,” and states the film’s premise: “L.A. – where ideas” (as opposed to ‘dreams’) “come to die.” Ross is deliberately overstating here: ideas never exactly arrived in Hollywood in the first place, or if they did, they were stillborn.

Three or four generations later, Ross is moving us past noir’s dark dreams into a sunlit civilization of glittering towers, concert halls, and beautiful houses, which promise riches, but seem nonetheless disconnected, without the force of reality. What does the doomed actress want from this world? Only “to shine.” The payoff (offsetting the burden of debt?) is super-stardom (what else?) – itself a stand-in for “love.” “Sorry,” the psychic shrugs – but releasing us without charge. In other words, you get what you pay for. Is that how far we’ve come since Swanson and von Stroheim buried the monkey? Is “shine” enough to make up for “aura”? The irony is that the great noir films, quintessential mechanical, commercial products, retain an ‘aura’ that can be claimed by few stand-alone contemporary fine art masterpieces.  Ross’ film is a further spatial and temporal deconstruction of the noir meta-script, yet stands in some continuity with the subjects of her previous work – the fracturing of action, intention and desire, and the dubious efficacy of human agency.

The short film has been produced 2012 in Los Angeles, supported by ifa – International Exhibition Funding.