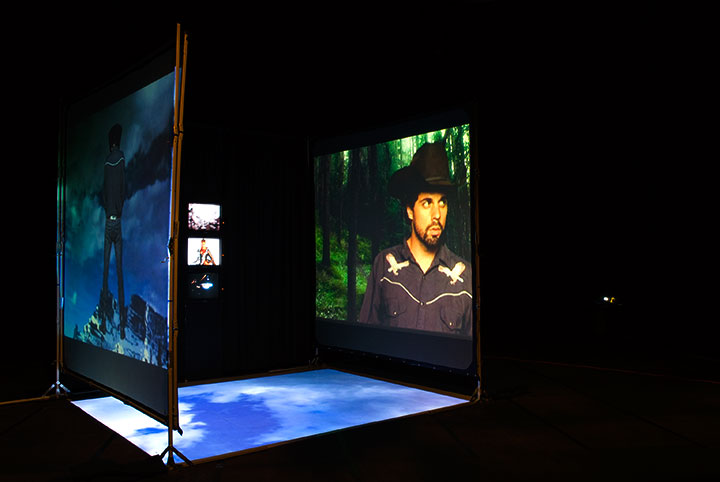 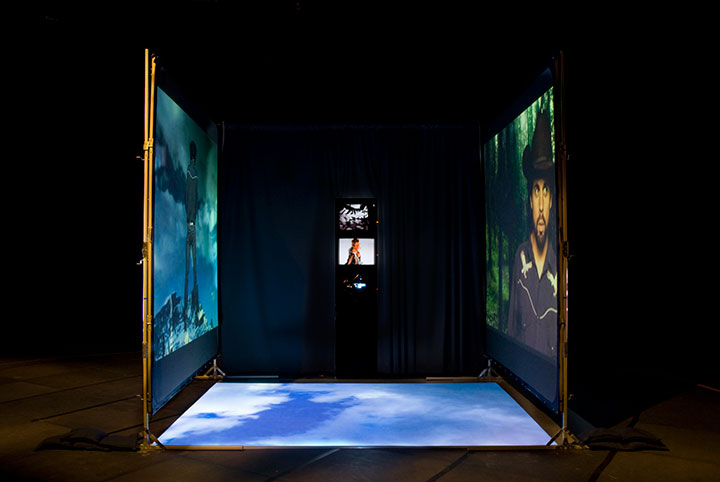 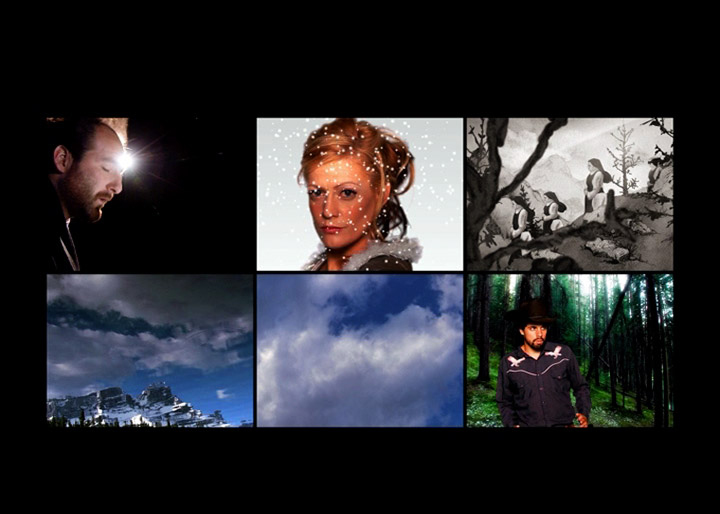 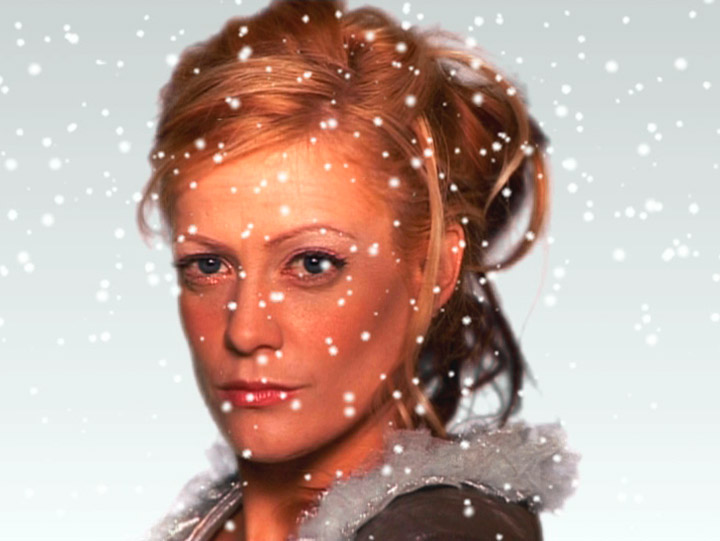 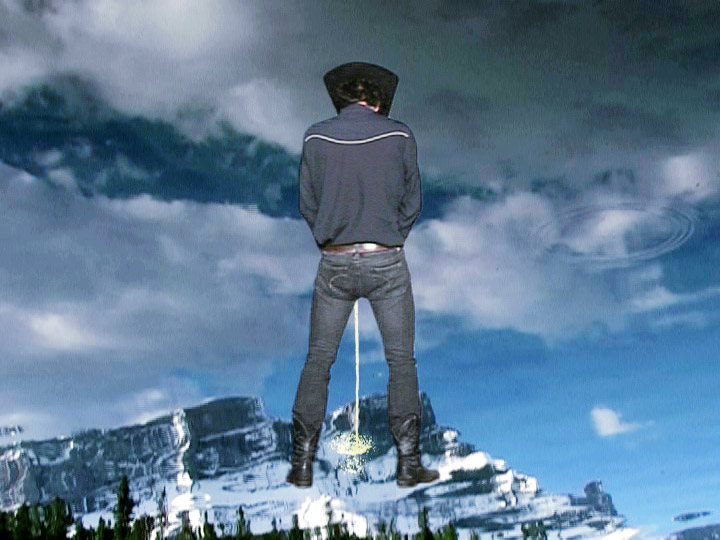 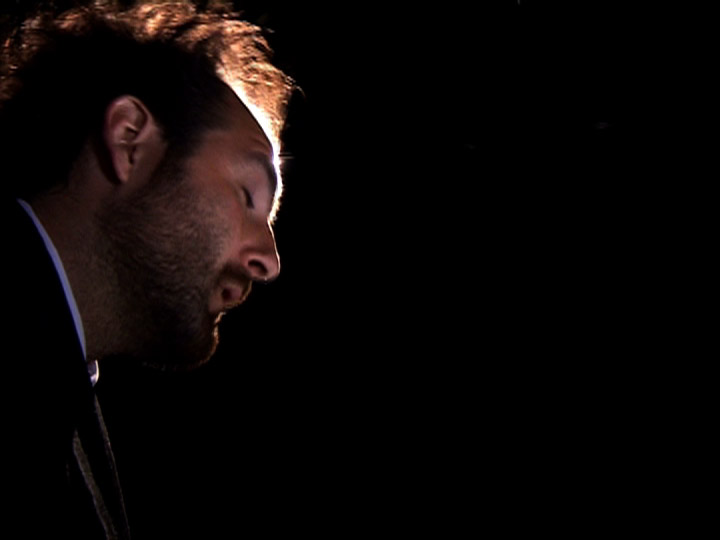 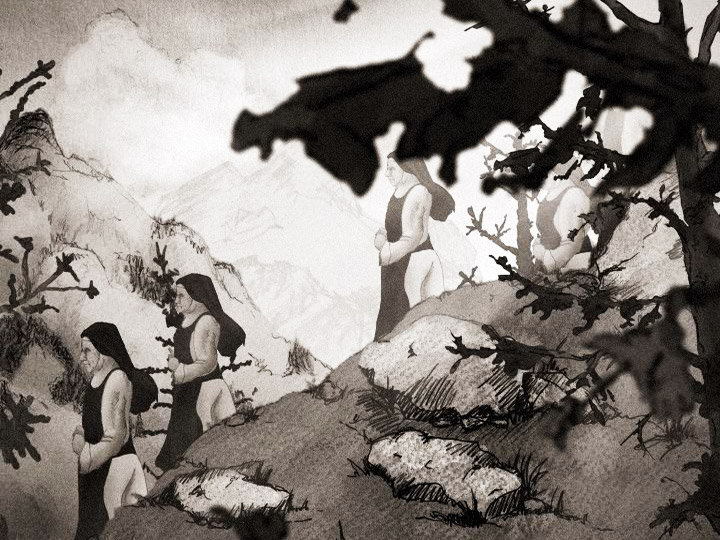 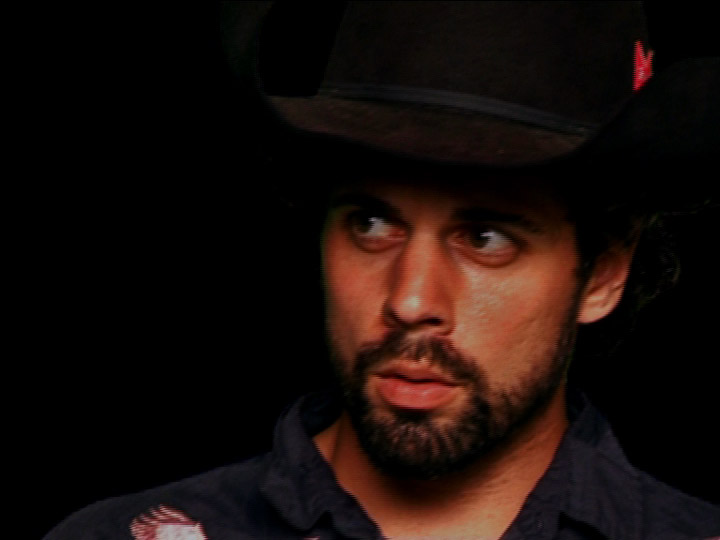 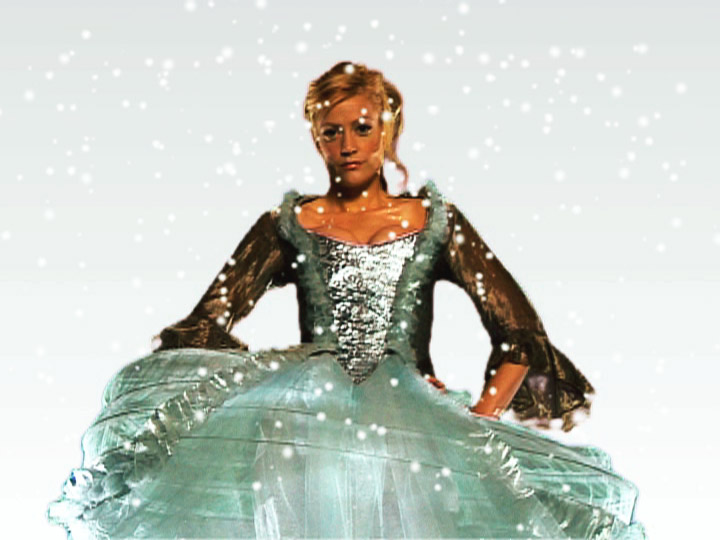 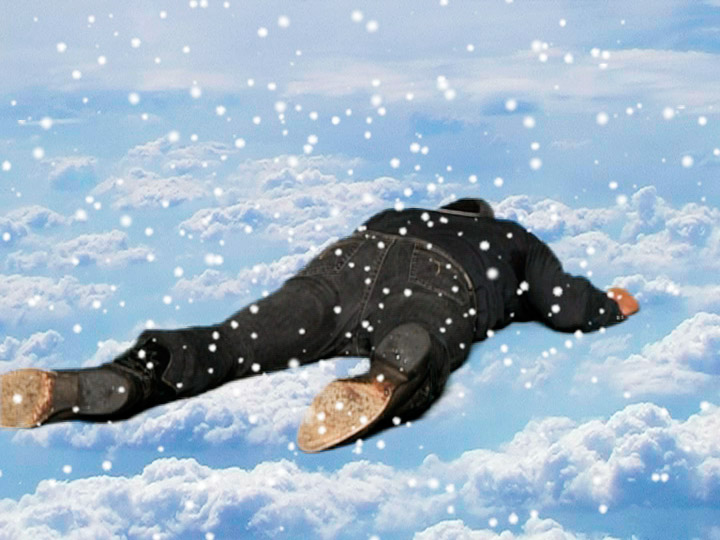 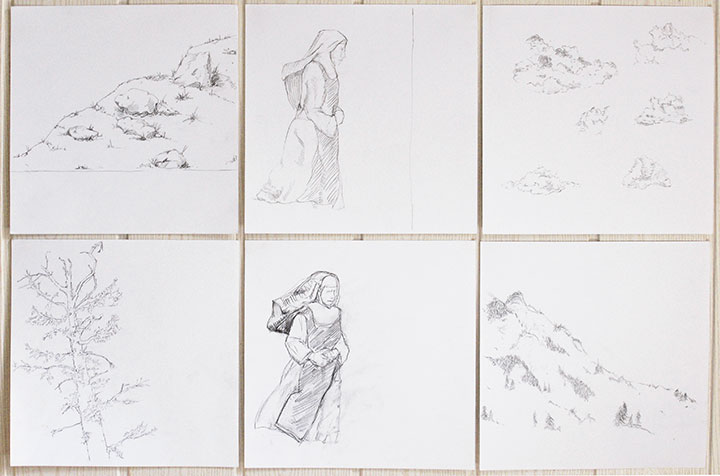 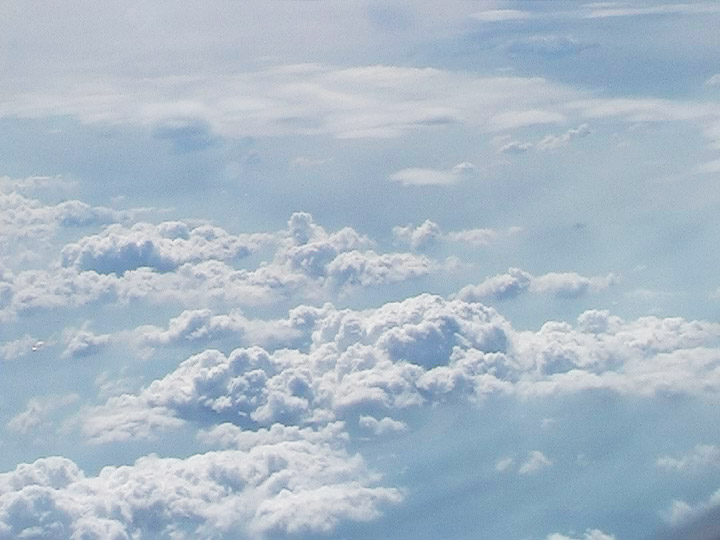 This work is based on the ephemerality of memories. Fragments of H.C. Andersen’s “Snow Queen” and the German lullaby song “Wiegenlied” by Franz Schubert make up the narration. The different elements of the story are divided into various channels all of which play simultaneously. The characters are: the Snow Queen, posing as a model and singing the lullaby, the Piano Player, who musically accompanies the Snow Queen’s voice and the ecstatic and ephemeral Cowboy, who appears and disappears like a dream in an idealized nature. Erase the Image exposes how memories of the deceased slowly fade and how idealized pictures take their place.

The video installation has been realized in 2007 in Canada, supported by the DAAD and the Banff Centre.

The snowflakes grew larger and larger.
At last it was like a young lady,
made of a million flakes, like stars.
She was beautiful, but out of ice: sparkling ice.
And, as it seemed to her,
the waves nodded in a strange manner,
she began to cry; but no one heard her except the snow drops;
they sunk immediately into the dark earth.
The walls of the castle were formed of drifted snow and cutting wind.
Empty, vast and cold were the halls of the Snow Queen.
In the midst of its empty, endless halls was a frozen lake:
the mirror of reason,
broken on its surface into a thousand forms.