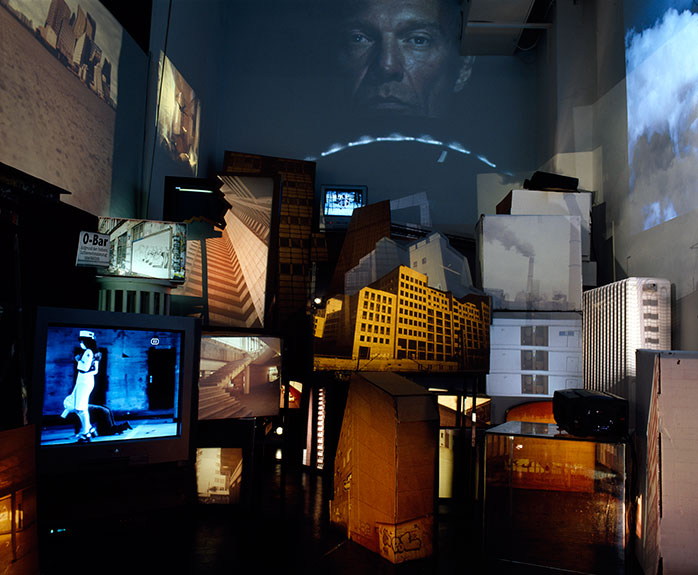 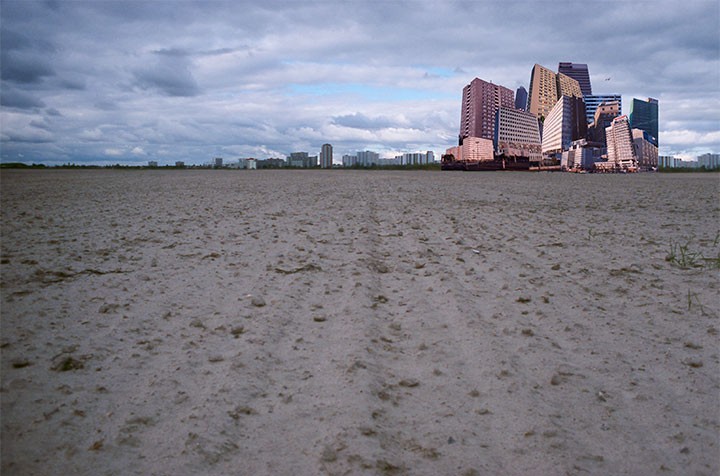 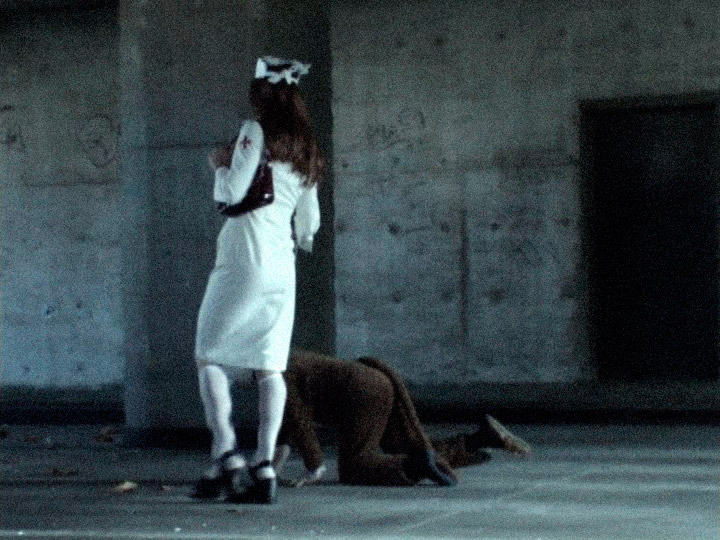 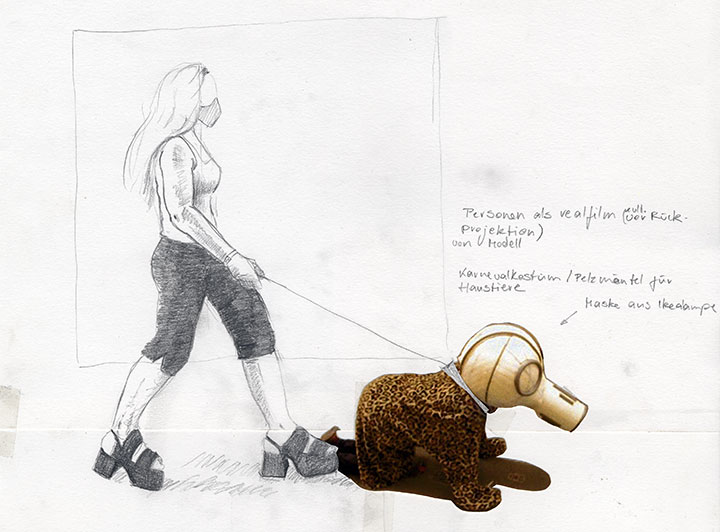 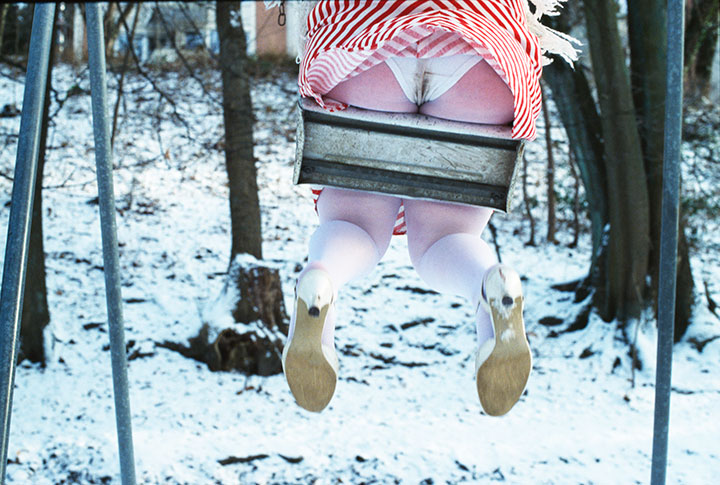 "Dr. Gordon" is an absurd environment of a destroyed city, installed as short films and slide projections. The main character is Dr. Gordon. His looped monologue is a dystopic science fiction based speech about human beings, who live hopelessly in a world of total surveillance. The characters (which include the Nurse, the Soldier, and the Girl on the Swing) live in a city where they observe while being observed by each other. In the installation viewers feel the atmosphere of visceral trepidation. The heat and the sound of the projectors create a stressful environment, much like being in a contemporary metropolis.

Excerpt from the voice over

The saddest thing was
When the last nurse died
What an instance
And the mannequins for wedding gowns …
In those days,
When people still climbed Venice’s gondolas full of hope
Just ignoring the green slime
When the rounded bellies of women gushing into the strollers
When one would still admire
Someone’s glowing, flawless skin
And the echo of high heels reached someone’s ears
And not simulated by pills and tubes
When a mother still stood at her stove for hours
To serve the last zebra for consumption
We buried the hooves in front of the door
Because of ancient superstition
So everything would be right and good
Yet, one can’t undo the past