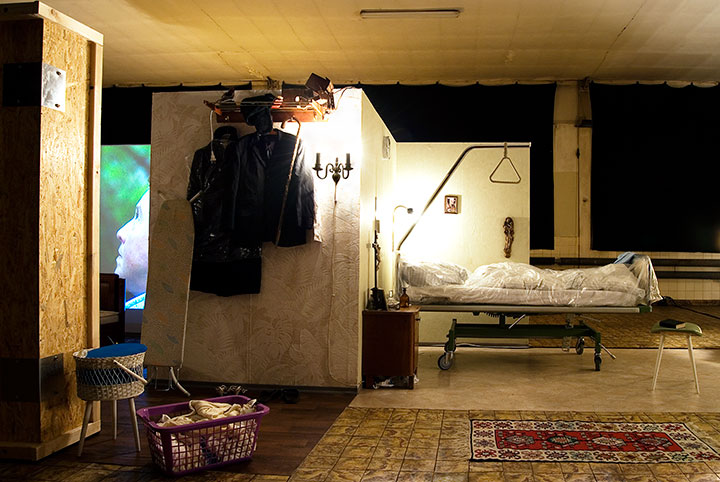 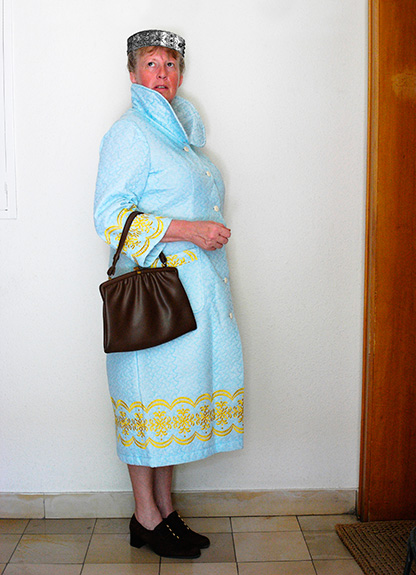 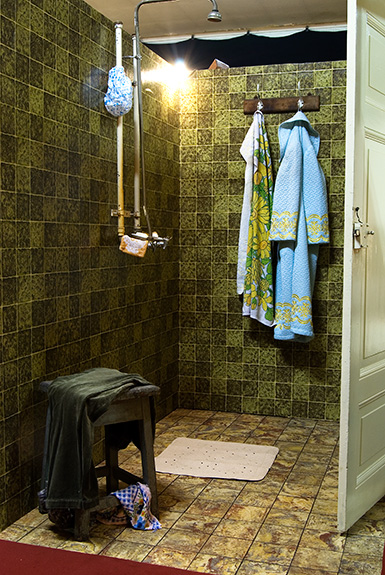 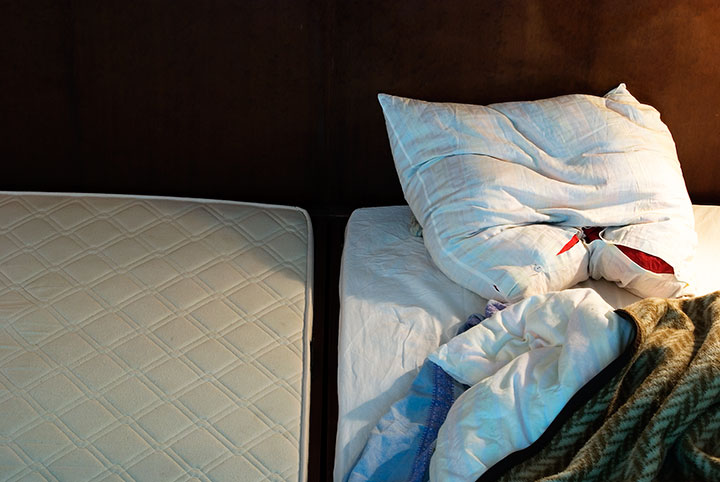 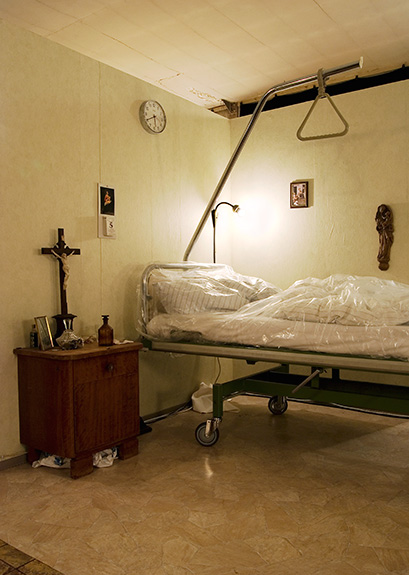 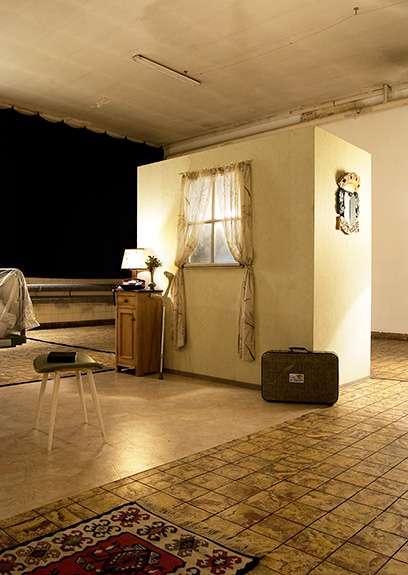 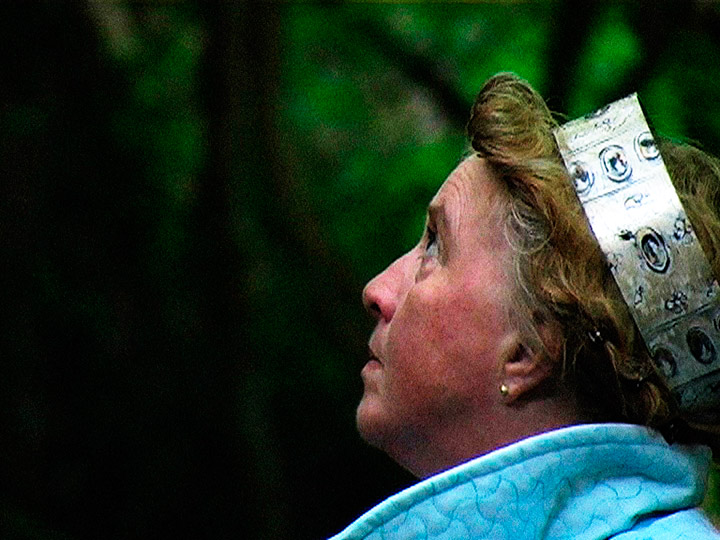 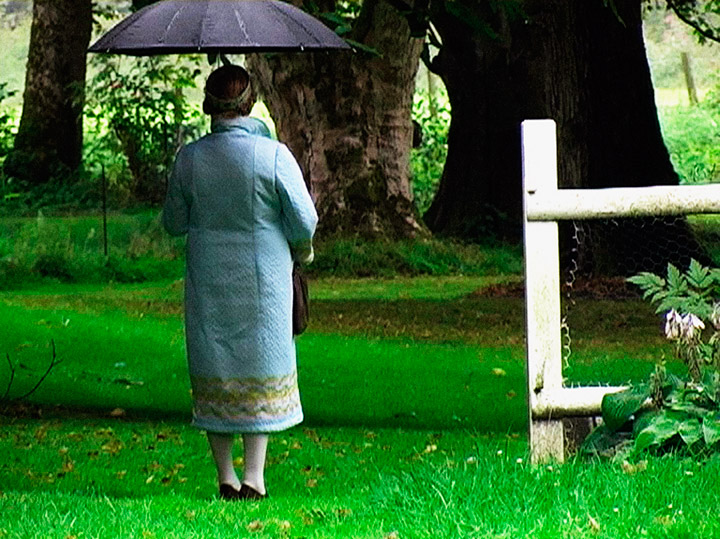 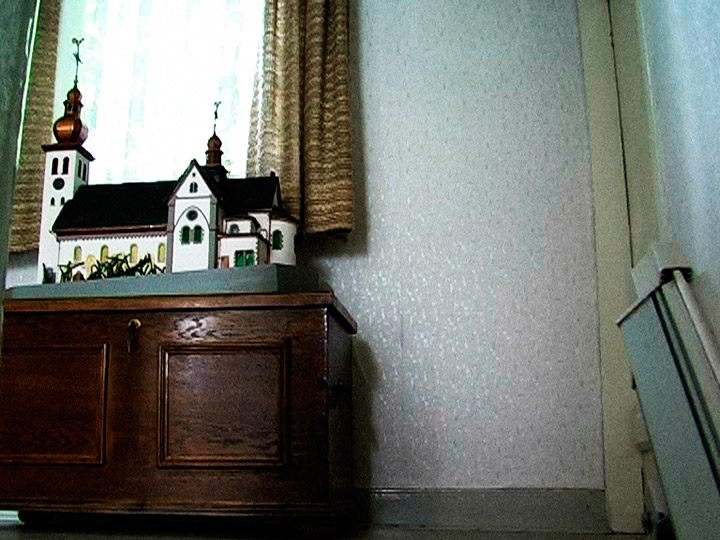 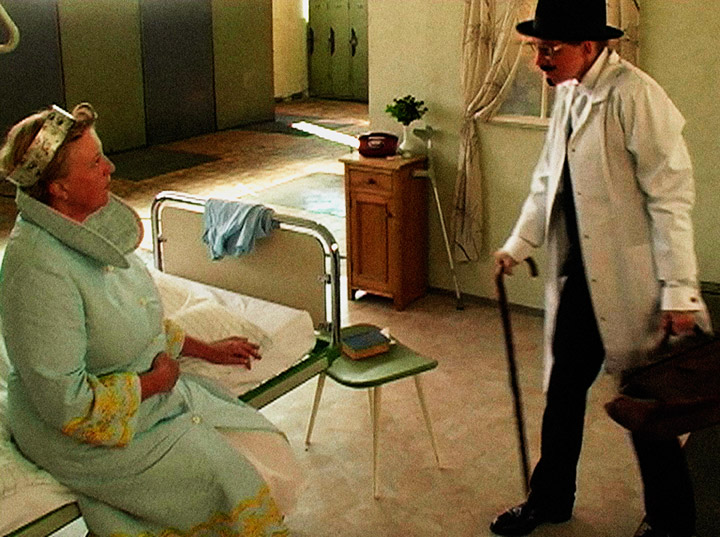 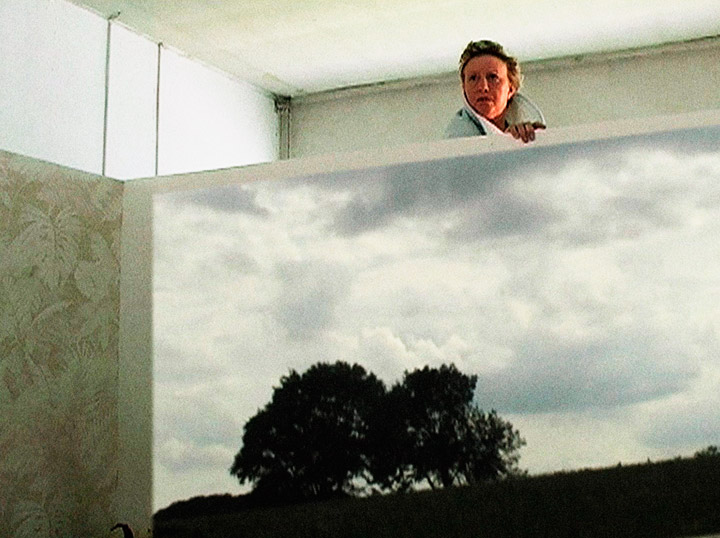 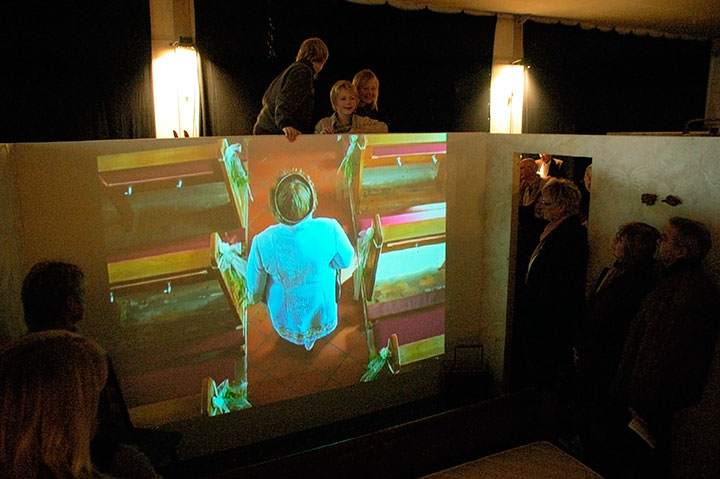 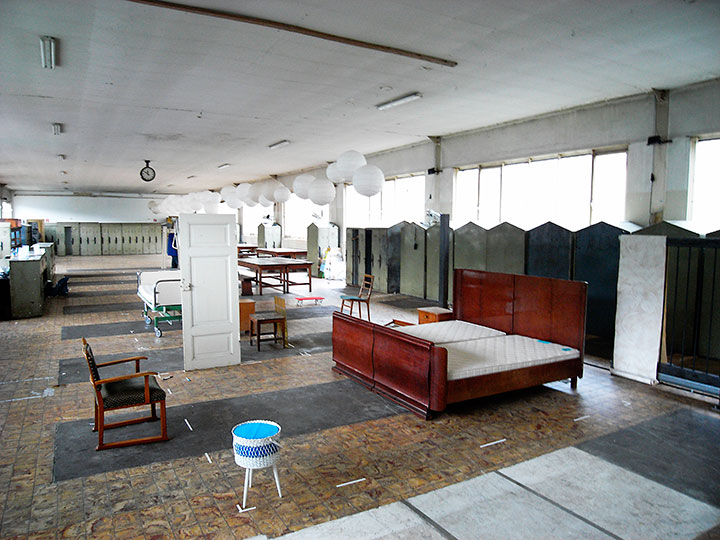 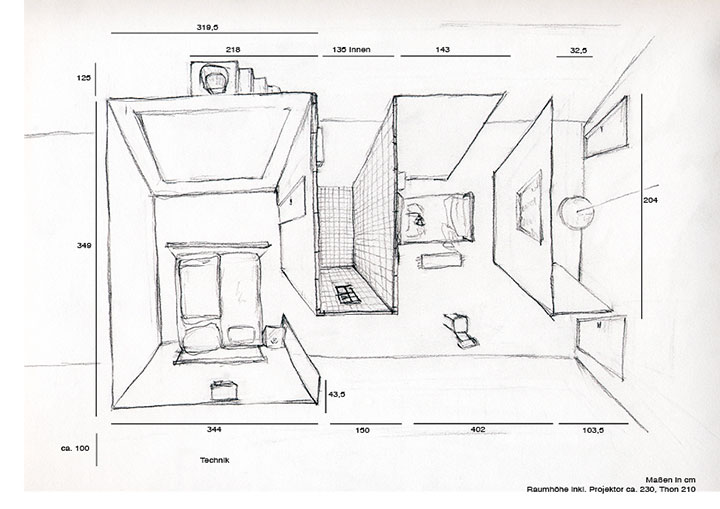 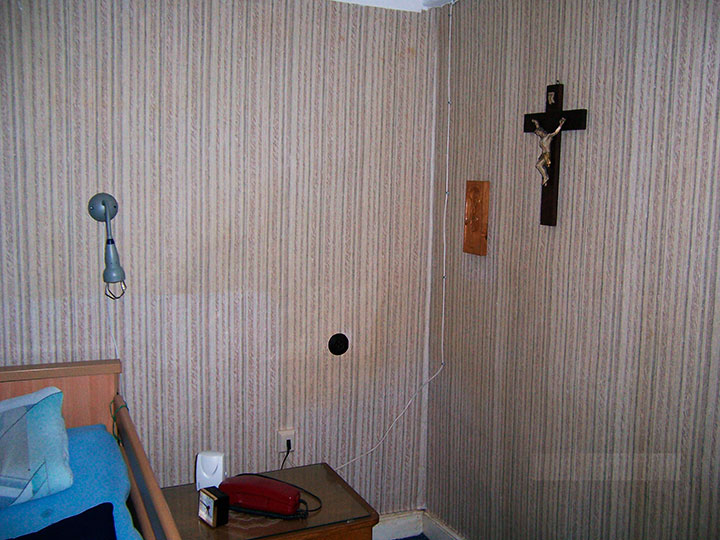 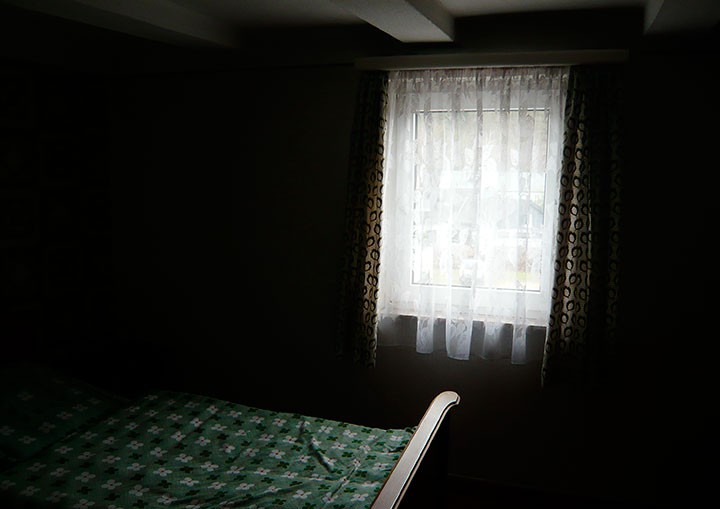 No place, no time, a trauma, an amateur play

When inviting to Attendorn an artist such as Judy Ross, whose work stages accounts of daily occurrences in strange, Dada-inspired three-dimensional multimedia installations, chances are that she will address the local context. But rather than a chronicler of daily life, who coerces events into the seemingly compelling logic of our linear understanding of history, Judy Ross acts as a “storyteller” who enhances the facts with fiction by merging them with an unlikely synchronicity of historic events.
Ross’s installation "Der Vogt von Elspe" (The Bailiff from the village of Elspe) confronts spectators with extreme time jumps, bringing together a 500 year-old solitary bailiff, an “empress-queen” (a hybrid figure between Emperor Otto III (980–1002) and Queen Elisabeth II) and a 19th-century doctor called Dr. Parnemann in a health resort. While the latter two are played by amateur actors (respectively the artist’s mother and the artist herself), the bailiff is merely hinted at by way of a reconstructed flat in the shape of a film set.

No-one and nothing is what he or it really is. There is no point at which the installation purports the illusion of authenticity. Hence the three protagonists are mere stand-ins for an absence, or symbols, if you will: the bailiff represents the medieval justice system, the empress-queen symbolizes dictatorship as idealized by the media, and the doctor stands for healing – or so it seems. Or does the image of the familiarly antiquated reconstruction of a flat and the symbolism enshrined in the empress-queen/mother and doctor/daughter matrix betray a topical generational conflict?
The exterior views showing the queen on her way to Elspe alternate with a sequence based on found footage. The excerpts show images from a shooting contest in Elspe which took place in 1939. The village, as was common back then, is draped in swastika flags. Here, another time layer sneaks into the confusing juxtaposition of stories, though not as a fictional reconstruction but in the shape of a historical document. In the following sequence, the empress-queen is seen sitting in prayer in front of a stuffed stag’s head, the icon par excellence of the rural bourgeoisie’s connection with nature – an image of death caught in infinity that recalls the symbolic representation of Jesus on the Cross. Nationalism, hunting trophy and bigotry: aren’t these elements of a symbolic understanding which sociology describes as a rural mechanism of self-protection against the purported danger eminating from the threatening and unfathomable world outside?
Judy Ross ceaselessly entangles viewers in the never-ending story of a past which finds no end or redemption and provides no intermediate space between dream and optional reality. Extracting it from its theatrical context, she thus uses the amateur play as a means to articulate this experience in the here and now.

The video installation was realized in 2008 in Attendorn, supported by ü.NN Kultur and the Kunstverein Südsauerland with the Attendorner Kulturstipendium (Culture Scholarship by the City of Attendorn, Germany).